Railway Houses of New Zealand
Bruce Shalders
The previously untold story of New Zealand’s iconic railway houses, of which more than 3,700 are dotted around the New Zealand Landscape.

As New Zealand Railways pushed the rail network about New Zealand, opening up new country for development. a challenge presented itself to house railwaymen in country areas where infrastructure didn’t exist or was newly formed.
Railways only alternative was to construct houses for their employees. Initially part of the Public Works Department responsibilities, eventually an Architectural Branch within New Zealand Railways was formed under George Troup.
This development lead to new designs of railway houses, a design that was to become symbolic in the New Zealand landscape. To manufacture these houses, Railways set up a sawmill and special factory in Frankton, kit-setting houses, delivering them by rail as parts packs and ultimately erecting them about the country. As well as far-flung reaches of the railway system, Railways ended up developing “model” railway settlements at places as diverse as Otahuhu, Newmarket, Frankton, TeKuiti, Taumarunui, Ohakune, Taihape, Palmerston North, Napier, Eastown, Kaiwharawhara, Christchurch, Arthur’s Pass, Otira, Dunedin and other places around the country.
These houses were supplemented in later years by newer designs. This book covers the housing scheme. sawmill and house factory, the railway settlements, the maintenance programme, the house numbering system, and as a railwayman, what it was like living in a railway house. The book closes with Government‘s exit from railway house ownership in the 1990s and a chapter on the railway house survivors that have been lovingly restored by current owners. Complementing the text is a lavish selection of black and white and colour images from the era and current day. Railway houses and the nearby railway environment where they were located are extensively featured 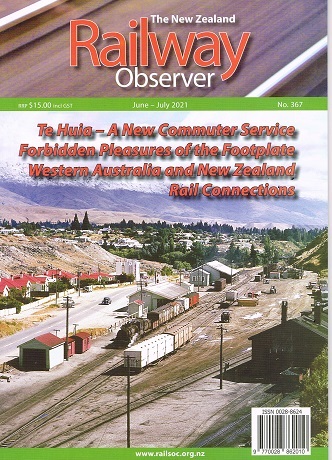