When Trams Met Trains in New Zealand  At a time when city tramways and railways in New Zealand fed each other’s networks and often crossed the respective right-of-way’s, noted author Graham Stewart shares the previously undocumented story and images of these interesting interfaces. The crossing of a heavy-rail train with a light-railed street vehicle over… Read more »

NZGR D-class steam locomotives New Zealand Government Railways operated a number of small four-coupled steam tank locomotives known as class D. Several went on to second careers with private owners. The NZR&LS Archives hold a number of working drawings of D class locomotives, which have all been scanned. Copies of these scans can now be… Read more »

For NZRLS Members – At your First logon … An E-mail advised you of your user name and a simple password. When you first logon it is advisable to change the password to a more secure one of your choice. Your Password can be altered by clicking on ‘Edit My Profile’ line in the drop… Read more »

When you log on you will see additional icons near the top of the page. Mouse over ‘New’ and a menu appears Click on ‘New Post’ and an editable page will appear Put in your title and Enter – wait for the text box In the text box, enter your text, copy & paste or… Read more » 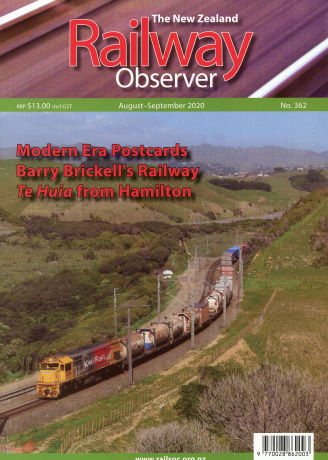